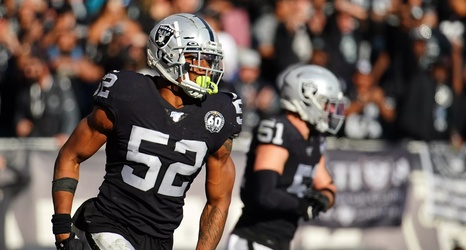 The downside of a bad draft class is pretty far down there, that’s undeniable. The upside is that you won’t run into a salary cap calamity four years later. And the reality is that the Las Vegas Raiders don’t have many notable (yet) players set to hit free agency in a year.

Assuming the 2020 season happens and a year accrues and there’s not some weird “non-year” that doesn’t count, of course. Which is not something I have to write often.

In 2017, the Oakland Raiders selected Gareon Conley in the first round, Obi Melifonwu in the second, and Eddie Vanderdoes in the third.