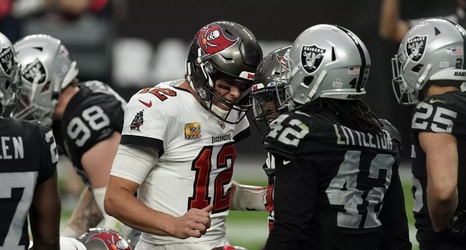 Do the Las Vegas Raiders have the worst defense in the NFL? That’s not a title that the Dallas Cowboys want to give away without a fight, though in Sunday’s 45-20 loss to the Tampa Bay Buccaneers, the Raiders did something that the Cowboys have not done this year or most any other years: post an EPA of -30 or worse.

Las Vegas had an Expected Points Added of -30.56 in the loss, their worst EPA on defense since at least the year before the figure’s record keeping goes back on Pro-Football-Reference, which make it since at least 1993.