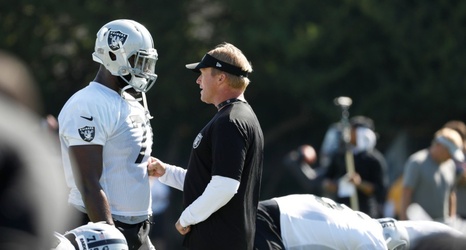 ALAMEDA — The last thing an offensive lineman wants to hear is his name on the loudspeaker, and it happened twice to David Sharpe in the late first and early second quarter against the Green Bay Packers.

In his first start since the end of the 2017 season, Sharpe was starting at right tackle in place of Trent Brown, who couldn’t play because of a left calf strain. No pressure, really. Sharpe was not only replacing the highest paid lineman in NFL history, but a player who has played as if he deserves that distinction.

And twice in the same drive Sharpe was called for holding, the second time nullifying a would-be 29-yard touchdown pass from Derek Carr to Darren Waller.