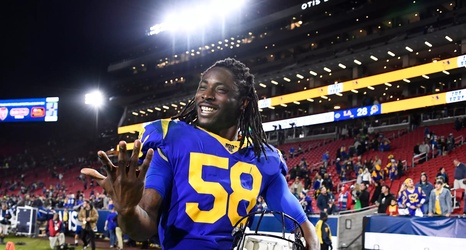 The Las Vegas Raiders have created $8.272 million in additional cap space by restructuring the contract of linebacker Cory Littleton. It is now estimated that the Raiders have $9.1 million in cap space headed into Week 1, potentially enough to add a notable free agent or two, if not to facilitate a trade.

Speculation could be starting with talk of Earl Thomas. The Raiders released Damarious Randall over the weekend and are listing Erik Harris as their starter at free safety. Thomas was released from the Baltimore Ravens last month amid controversy from fighting with teammates but he is not expected to remain a free agent for long.