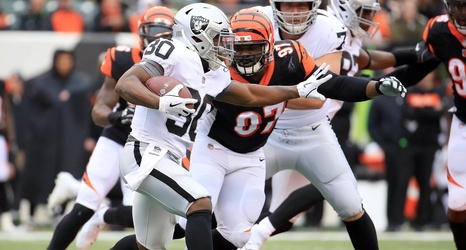 Nick Nelson’s stay on the 53-man roster was a brief one, as the former practice squad member was placed on injured reserve after just one game on the active roster. In a subsequent move, the Raiders claimed defensive end Jeremiah Valoaga off waivers.

Valoaga was released by the 49ers earlier this week after a little under a month on the active roster.

An Oxnard, CA native, Valoaga played his college ball at UNLV and signed with the Detroit Lions as an undrafted free agent in 2017.