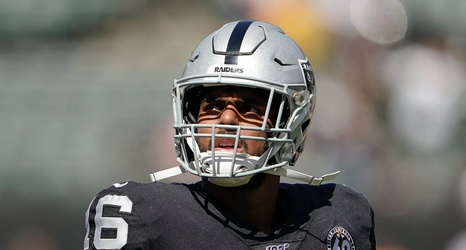 Oh, lordy. So, hey, so if I told you the Raiders starting wide receivers could be Trevor Davis and Keelan Doss what would you have said? I mean once you stopped laughing.

No offense to those two, but prior to last week Doss had never caught an NFL pass and neither he nor Davis had ever started an NFL game.

They will be asked to step up big time as Tyrell Wililams, JJ Nelson, and Dwayne Harris are all inactive against the Bears in London today.