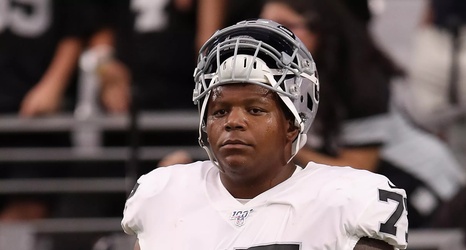 Sunday in Oakland the Raiders got beat up in more ways than one. They got beat up by the Chiefs on the scoreboard and on the field, with several players spending time down on the field, on the trainer’s table, and in the locker room.

One of the first players to go down was Maurice Hurst, who looked like he had messed up his shoulder a bit. He walked off and worked with a trainer, and came back in the game later.

Early in the second quarter, it was Daryl Worley who was shaken up and was unable to make it back to the huddle.