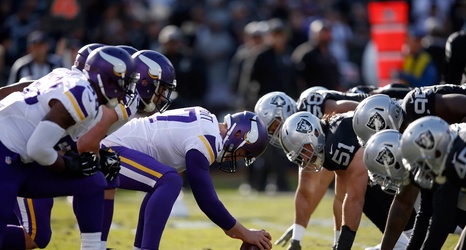 This week the Oakland Raiders travel to Minneapolis to face a strong Minnesota Vikings squad. Both teams are coming off of losses to division rivals, with the Raiders being blown out by the Kansas City Chiefs and the Vikings losing a close game to the Green Bay Packers.

With both teams entering the third week of the season at 1-1, this is a critical early juncture in the season. Both teams had terrific performances in week one. The Raiders fought for a statement win over the Denver Broncos while the Vikings easily dealt with the Atlanta Falcons.