Raiders are still waiting for Arden Key to arrive 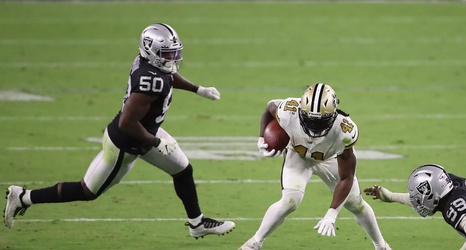 Jon Gruden said on Monday that there may be some lineup changes in an attempt to spark the Las Vegas Raiders’ pass rush, which has been a major disappointment this season.

Gruden didn’t mention any names of who will might get more playing time ... but one player who I don’t expect to is third-year pass rusher Arden Key.

As the Raiders started the practice week in preparation for the Week 8 matchup against the Cleveland Browns, Key did not practice with a foot injury. That doesn’t mean Key won’t be able to play Sunday, but it’s not a great start for him.