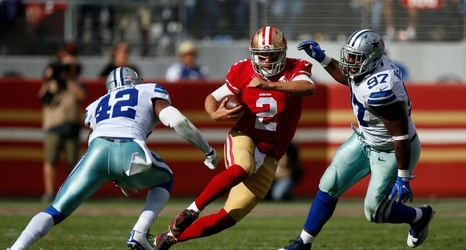 ALAMEDA — The Raiders added veteran defensive tackle Terrell McClain Wednesday and announced the departure of three other players related to transactions made the previous day.

Among those let go was defensive tackle Corey Liuget, who was signed before the start of the regular season and whose contribution was minimal. Also let go were linebacker Dakota Allen and defensive end Kasim Edebali, the latter who was with the Raiders less than a week.

The Raiders made official two other signings that were reported Tuesday — linebacker Will Compton and center Erik Magnusson. Compton was a free agent and Magnusson was signed off the practice squad of the Buffalo Bills.