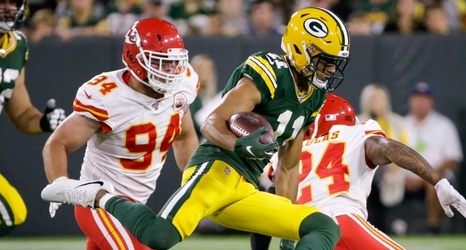 Davis, a wide receiver and return specialist who played in high school at Alhambra High in Martinez and finished his college career at Cal, was acquired by the Raiders from the Green Bay Packers Wednesday for a sixth-round draft pick.

The trade was first reported by the NFL Network and confirmed by the Bay Area News Group.

Included among injuries at wide receiver is Dwayne Harris, a veteran who returns both punts and kickoffs.