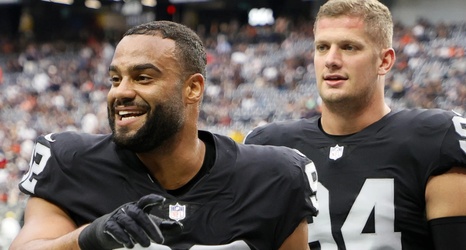 A wise man once said: “It’s like déjà vu all over again.”

While the late, great Yogi Berra might not have been referencing the Las Vegas Raiders (+1)

when he originally gave that great Yogi-ism, it certainly applies to the team now.

For the third year in a row, the Raiders have started the season off hot and generated some playoff buzz, only to falter down the stretch and miss the postseason. Granted, there is still plenty of time to turn things around this year, but back-to-back losses have pushed Las Vegas out of the playoff standings and into the ninth spot in the AFC.