Raiders 2022: Ranking the top positions on the team 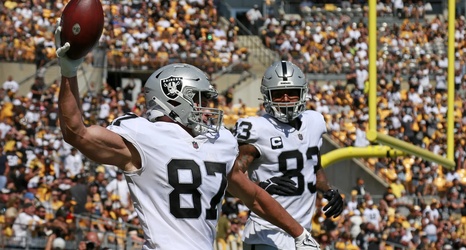 After a strong offseason of roster building, the Las Vegas Raiders are poised to have a strong 2022 season fueled by a deeper roster.

The Raiders are strong at several positions. Here are, in my opinion, the best positions of strength on the roster:

On an offense-first team, it says a lot that a defensive position is first. But I can’t can’t deny the new Silver and Black tandem of Maxx Crosby and Chandler Jones. They are a top-five (and could be the very best pass-rush tandem in the NFL.