Raiders 2022: Is the roster essentially set? 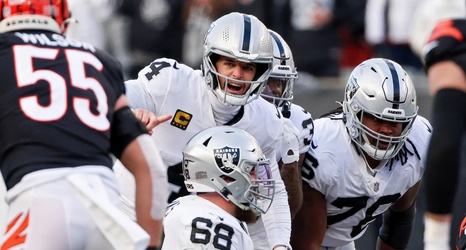 Earlier Wednesday, one player who had long been connected to the Las Vegas Raiders, cornerback James Bradberry, agreed to terms with the Philadelphia Eagles, ending that dream for many fans of the Silver and Black.

Then, later in the day, Raiders’ beat writer Vinny Bonsignore of the Las Vegas Review-Journal suggested that, for the most part, the Las Vegas brass is satisfied with this roster being the crux of the unit that hits the regular season in September.

Latest on @Raiders roster: While you can’t rule out any more moves, the sense is Raiders are ready to roll forward with this group.