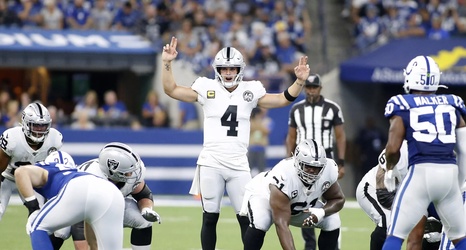 At the quarter mark of the 2019 season the Raiders are 2-2, currently tied for second in the AFC West.

Heading into the season there was plenty of buzz surrounding higher expectations for the 2019 Raiders. After all they did trade for Antonio Brown, signed three big free agents in Trent Brown, Lamarcus Joyner, and Tyrell Williams. In addition to those upgrades the draft class looked promising led by the three first round picks.

It didn’t take long for the excitement to change to concern.

A week before the season after a controversial training camp which included Antonio Brown burning his feet in a cryotherapy chamber, filing two grievances against the NFL’s helmet policy, and a near fight with the general manager, the Raiders parted ways with Brown.