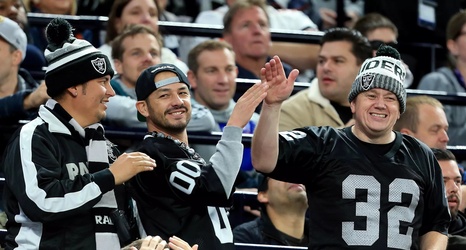 The Raider Nation has its swagger back this week after the Raiders shocked the world with back-to-back wins away from Oakland, both over winning teams. Two weeks ago, the Raiders were coming off back-to-back bad losses to the Chiefs and Vikings and the fans were understandably feeling pretty poor about the hopes of the team this season.

Not to say fans were giving up. They were just being honest about their feelings. And the result was 75% of Raiders fans in our FanPulse survey had lost their confidence with where the team was headed.