Raider Film Review: Defense has an up and down day on 3rd down 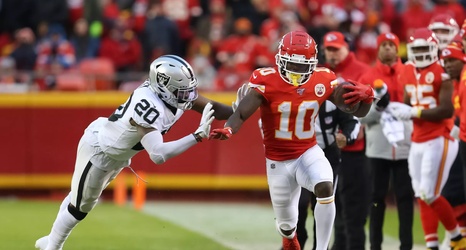 Division matchups are supposed to be close games. Both teams and coaching staffs have a lot of film on their opponents and have tracked tendencies while cooking up something to attack their rivals. This past Sunday, the Raiders defense had some bright moments, contributing to an effort that held Patrick Mahomes to 175 passing yards and 51.7% completion percentage (both career lows).

The Raiders defense has struggled on 3rd downs this season, but had some success during their matchup against the Chiefs. Paul Guenther cooked up some fresh coverages and personnel groupings that may have contributed (the weather was also a factor) to the defense’s improvement this week.