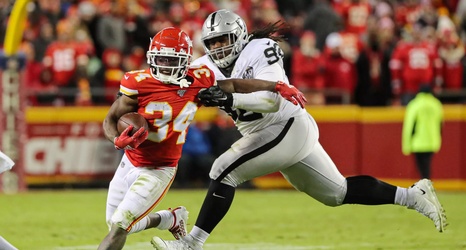 Jon Gruden has been infamous for losing patience with the young Raiders’ players from the previous regime in his first two seasons back with the team.

Now, it looks like one of Gruden’s own high drafts picks, P.J. Hall is on rocky ground and faces an uncertain future.

One of the more enlightening comments made by Gruden’s right-hand man, Mike Mayock, at the NFL combine last week was aimed at Hall, saying that “P.