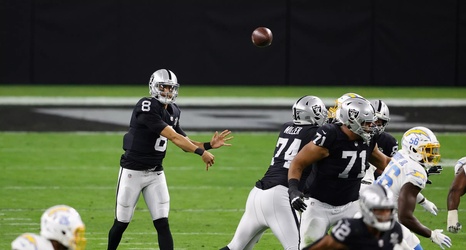 Earlier Tuesday, we looked into a report that stated the New England Patriots have interest in trading for Las Vegas Raiders’ backup quarterback Marcus Mariota.

There will likely be a lot of teams interested in trading for Mariota — a former starter of the Tennessee Titans who played well in his one game with Raiders in 2020 — because he may be a relatively cheap option in terms of salary (he’s due $10.7 million in 2021) and trade compensation.

With several teams in need at the position, let’s look at possible fits for the former Heisman Trophy winner:

Carolina Panthers:
The Panthers have a top-10 draft pick and may lean toward taking a quarterback in the draft rather than go for a veteran like Mariota (unless it’s Deshaun Watson), but they will be in the market for a quarterback in some form.