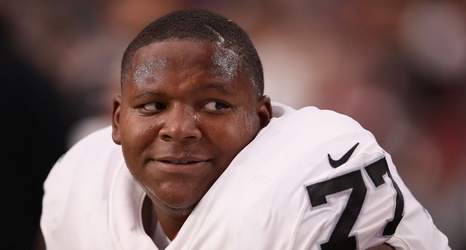 The Oakland Raiders offensive tackles have been a position in which they invested a lot of time and money into the past two seasons. During the 2018 NFL Draft, they selected Kolton Miller with their first round pick, and then went out and spent big money to bring Trent Brown here via free agency in 2019.

After two weeks of action, we can officially say they are much improved and could be the top duo in the NFL. In the entire NFL, only 15 of 78 offensive tackles haven’t allowed a quarterback sack or hit, and two of the 15 include both starting offensive tackles of the Raiders:

The table below shows Kolton Miller has played in 117 total snaps and Trent Brown 104.