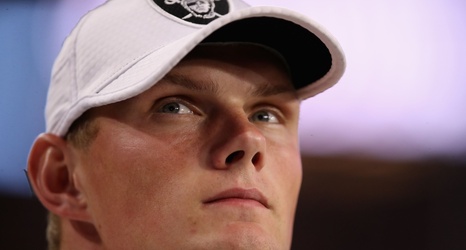 Last season, the Oakland Raiders spent weeks trying to find their kicker, before landing Daniel Carlson as a free agent in late October. Since then, Carlson has been the unquestioned leader of the Raiders special teams unit, drilling field goal after field goal, while going perfect in his extra point tries.

To say that Carlson was a god send would be an understatement, as he has continued his strong play this summer for the Raiders. His holder from last season, punter Johnny Townsend, was cut by the team earlier this month, clearing the way for undrafted free agent rookie A.