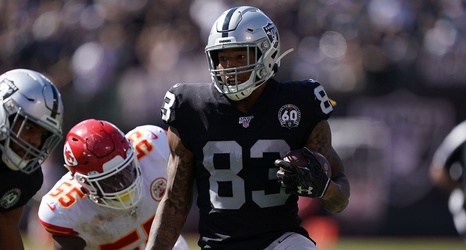 When Derek Carr connected with Darren Waller for the first time on Sunday, it resulted in a 16 yard gain that brought the Oakland Raiders to their own 45-yard line. Just like a week earlier, and just like Carr and Jon Gruden have been hyping him up, Waller’s speed looked like a mismatch against the Kansas City defense.

Here’s the issue with that play: it didn’t occur until the 5:44 mark in the second quarter, once Oakland’s lead had ceded their lead and score read 14-10 in favor of Kansas City. Case in point: the Carr and Waller connection started to get going perhaps a little too late.