Oakland Raiders: Josh Jacobs an early favorite for Rookie of the Year 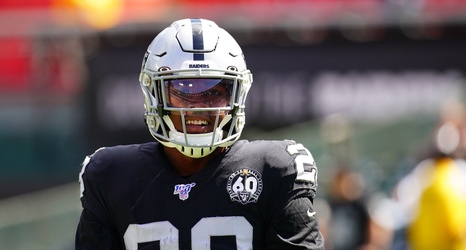 Newly drafted Oakland Raiders running back Josh Jacobs has been making his case for why he’s deserving of the Rookie of the Year nomination. Through the first five games of the season, he’s accumulated 470 rushing yards and four touchdowns on 88 carries, coming out to 4.9 yards per carry.

Among running backs this year, Pro Football Focus ranks Josh Jacobs No. 2 overall with an 85.6 rating only behind Christian McCaffrey at 90.8. While McCaffrey is used more in the passing game, giving him the edge, Jacobs has the highest rushing rating at 85.