Oakland Raiders: Is it too soon to worry about Clelin Ferrell? 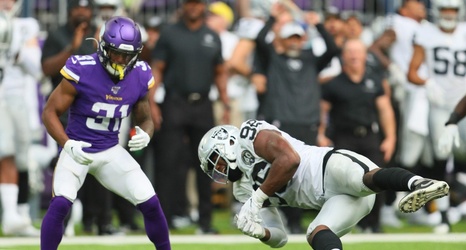 The Oakland Raiders have surpassed most people’s expectations this season following a 3-2 record going into their bye week. But one individual who hasn’t exactly done the same is rookie first-round pick Clelin Ferrell.

While the Raiders have seen players like Darren Waller, Kolton Miller, and Benson Mayowa vastly exceed expectations, the same can’t be said for Ferrell. The rookie has just one sack to his name this year and has been almost invisible since Week 1.

Meanwhile Mayowa, a career journeyman, has surpassed any and all expectations entering the bye week with a team-leading 4.