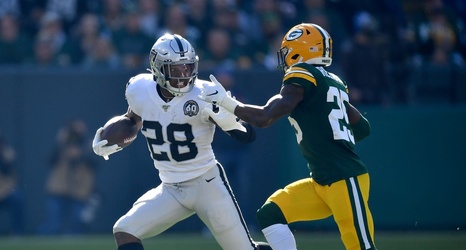 Well, Jacobs has proved through the first six weeks of play that he strongly deserved the draft selection of a first-round pick.

Jacobs is arguably the front-runner for offensive rookie of the year — recording 554 rushing yards and four touchdowns.