Oakland Raiders embarrassed on the road by the Minnesota Vikings 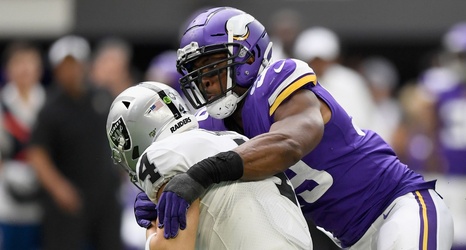 The Minnesota Vikings got off to a hot start in their Week 3 matchup with the Oakland Raiders, running off 21 straight points to open the game. The Vikings were aided by some costly penalties on the first drive by the Raiders, and thanks to a Kirk Cousins to Adam Thielen long touchdown connection, Minnesota scored on their opening drive.

Throughout most of the first half, the Vikings dominated, and after costly penalties, and a costly interception by Derek Carr, the Raiders finally settled down. They scored their first points in the game in the second quarter on a J.