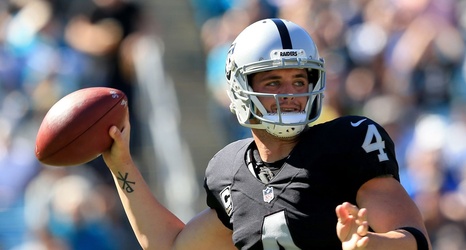 Heading into the 2019 offseason for the Oakland Raiders, rumors were swirling that the team may look to move on from franchise quarterback Derek Carr. Despite head coach Jon Gruden and first-year general manager stating time and time again that Carr was their man, the rumors intensified in the weeks leading up to the 2019 NFL Draft.

Well, not only did the Raiders not take a quarterback in the first round, they did not take one at all, signalling that Carr is going to be their franchise guy heading into 2019, and likely beyond.

Entering the summer months, the only question surrounding the quarterback position group is who will be the backup to Carr in 2019.