No defense forces fewer turnovers than a Paul Guenther defense 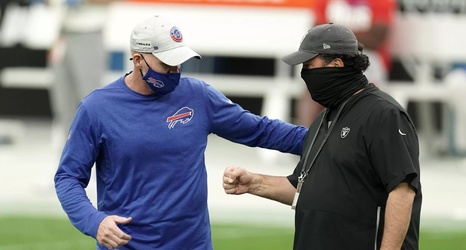 Since hiring Jon Gruden as head coach and Paul Guenther as defensive coordinator in 2018, the Oakland/Las Vegas Raiders are 32nd in turnovers forced. Over their last 38 contests, the Raiders have taken the ball away from the other team 35 times, a rate less than half that of first place New England; the Patriots have 76 turnovers forced in their last 38 games.

Las Vegas has forced four fewer turnovers in that time than the Lions and Chargers, the two teams tied for 30th.

This season, the Raiders rank 31st in turnovers forced through seven weeks.