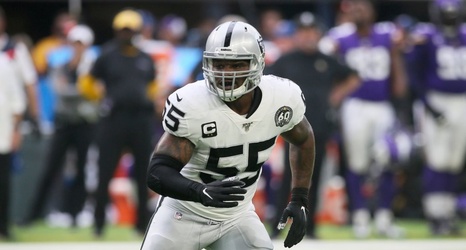 ALAMEDA — The NFL upheld a season-long suspension of middle linebacker Vontaze Burfict Wednesday despite efforts by the Raiders to have it reduced at an appeals hearing.

Appeals officer Derrick Brooks, jointly appointed by the NFL and NFLPA, has upheld the suspension of Vontaze Burfict. Burfict is suspended for the remainder of the season. The original announcement: pic.twitter.com/Hs7zeNWETs

The hearing, according to ESPN’s Josina Anderson on Twitter, was “an hour and change” on Tuesday and included coach Jon Gruden and quarterback Derek Carr speaking on Burfict’s behalf.