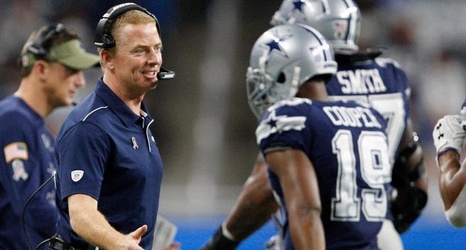 After getting off to a 1-5 start in 2018, the Raiders decided to trade former top-five draft pick Amari Cooper to the Dallas Cowboys for a first-round draft pick.

The move almost was universally panned initially, as the Raiders appeared to be starting a rebuild by parting with one of the team’s most talented young players.

General manager Mike Mayock utilized that pick to select Mississippi State safety Johnathan Abram, who had a promising preseason before suffering a season-ending injury in Week 1.

It now appears that the Cowboys sent a first-round pick to Oakland for a rental of Cooper, as the team reportedly is looking more and more likely to not be re-signing the wide receiver, CBS Sports’ Jason La Canfora reports citing a source.