NFL Draft: Cost of trade up to top 5 for Raiders 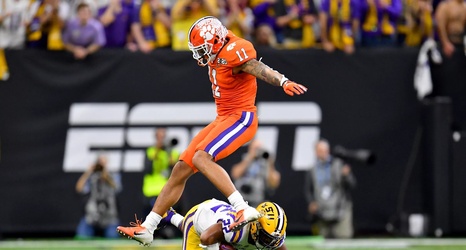 On Wednesday, we presented you with a poll asking for your dream pick if the Raiders owned the No. 1 pick.

Of course, this was simply an exercise in dreams. The Raiders don’t have the No. 1 pick and very likely won’t pursue it. But perhaps the Raiders could try to make a trade into the top five.