Mike Mayock may have been the Oakland Raiders most impactful addition 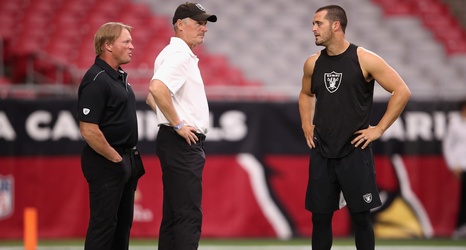 There is no dancing around it, the first year of Jon Gruden’s return to the Oakland Raiders was a disaster. After what was essentially a complete re-structure of the roster, the team was the oldest in the NFL yet finished with a 4-12 record, and it appeared as if no one in the organization was able to keep the coach in check. However, this past offseason the Raiders got their knight in shining armor, Mike Mayock.

After spending years as a draft analyst, Oakland gave Mayock a chance to prove that he is more than just a talking head on television.