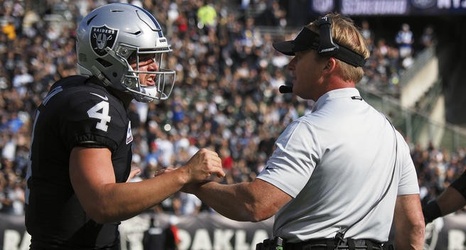 Growing up around the franchise his father, the legendary Al Davis, controlled for a half century, Mark Davis is never far from the memories that come when sifting through history. Which has made this year, the Raiders' last in Oakland, so fraught with emotion.

But not for the obvious reason, the team leaving its ancestral home.

Oh, sure, there is regret about how the Raiders' return to Oakland unfolded, the team coming back in 1995, after 13 years in Los Angeles, hoping but failing to regain the football dominance and local devotion that defined it from the mid-1960s through 1980.