Last week Marcell Ateman broke trend of Raiders numbered in teens, newly acquired Zay Jones’s number change could get it back on track 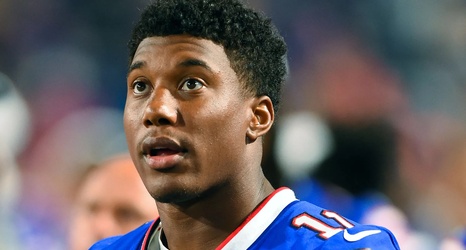 Last Tuesday the Raiders added a receiver to the mix, acquiring former second round pick Zay Jones in trade with the Buffalo Bills. Jones initially took the number 81, mainly because number 11, which he wore in Buffalo wasn’t available. It had been taken by Trevor Davis who the team had also recently acquired in trade. As of Monday, that had changed.

Jones changed his number from 81 to 12 before he could even take the field wearing it.

Up until last week, there hadn’t been a Raiders receiver to take the field this season wearing a number in the 80s.