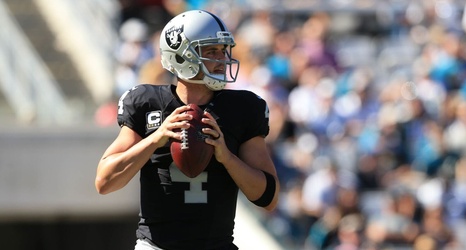 With multiple reports surfacing, regarding the current status of Raiders' quarterback Derek Carr and his future in Las Vegas, another huge question presents itself: What is Carr's trade value if the Raiders decide to move on?

Throughout Jon Gruden's tenure with the Raiders, he's been peppered with questions whether or not Derek Carr is suited to be the quarterback of the Raiders organization for years to come. Once again, another offseason presents itself, and once again the Carr rumors have come in heavy doses. This time they've begun circulating before the end of the 2019 season.