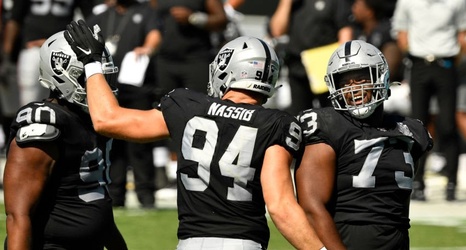 Raiders defensive end Carl Nassib made history this week, becoming the first active NFL player to announce he is gay, and he is getting plenty of support.

The big news around the NFL this week has not been around free agency, trades, or even training camp storylines.