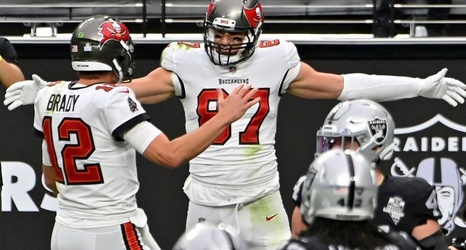 Upstart Las Vegas is 3-3 and emerging as a potential AFC playoff contender. The Raiders trail only Kansas City in the AFC West, firmly ahead of longstanding division-Rival Los Angeles Chargers, which on Sunday beat the Jaguars 2-4.

The Raiders have now allowed 30+ points for the fifth time in their six games this season. Brady converted two third downs on the TD drive and got the DPI on throw to Evans on another third down.