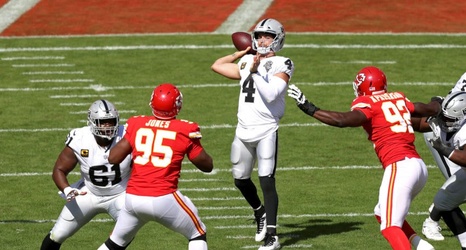 The Las Vegas Raiders have a solid quarterback in Derek Carr, and entering his eighth season as the starter, he embarks on the most important year of his career.

Entering his eighth season as the starting quarterback for the Raiders franchise, Derek Carr has accomplished a ton in his career.