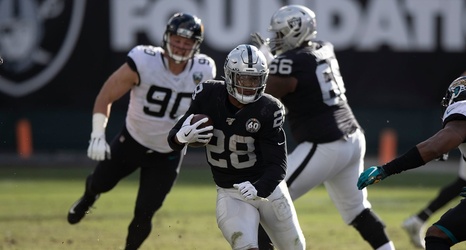 During the 2019 NFL Draft, the then-Oakland Raiders rolled the dice by selecting a running back in the first round. The player chosen, Josh Jacobs, whose pick came from the Khalil Mack trade, ended up putting together the most historic rookie season by a running back in team history, all the while doing it with a broken shoulder for half the year.

Jacobs would become the first Raiders rookie running back to rush for 1,000 yards in a season, shattering Marcus Allen's record. In addition, he showed that he can be the kind of three-down back that head coach Jon Gruden loves, and displayed the kind of football IQ that is needed in Gruden's offense.