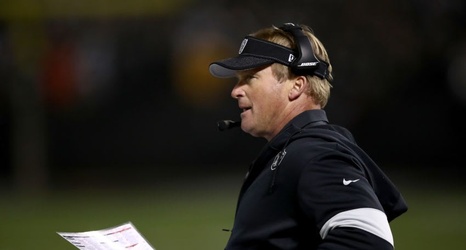 OAKLAND, CALIFORNIA - NOVEMBER 07: Head coach Jon Gruden of the Oakland Raiders looks on from the sidelines during the game against the Los Angeles Chargers at RingCentral Coliseum on November 07, 2019 in Oakland, California. (Photo by Ezra Shaw/Getty Images)

This Saturday is officially cut day in the NFL, and we will have all the information you need as players are cut, and the Raiders 53-man roster takes shape.

The Las Vegas Raiders roster is starting to take shape, as the team looks to make the playoffs for the first time since 2016, and only the second time since the 2002 NFL season.