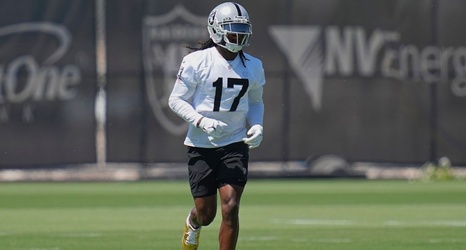 HENDERSON, Nev. -- The Las Vegas Raiders open training camp next month at the Intermountain Healthcare Performance Center in Henderson, Nevada, then open the 2021 NFL regular season at the Los Angeles Chargers on Sept. 11 at SoFi Stadium.

The Raiders finished the 2021 season 10-7 and played in the postseason for just the second time since 2002 and the first time since 2016. It was a season of turmoil and upheaval, from coach Jon Gruden's resignation amid his email scandal to receiver Henry Ruggs III being released after a deadly car crash that claimed the life of a woman and her dog to cornerback Damon Arnette making death threats on social media and being released to an unlikely playoff run that ended in the final seconds at the eventual AFC champion Cincinnati Bengals.