Las Vegas Raiders: 3 AFC West rookies to be worried about in 2021 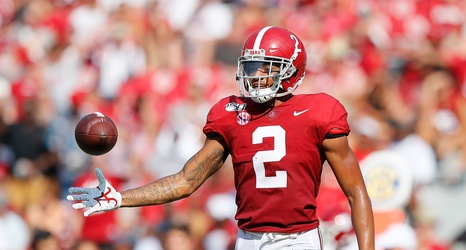 ORLANDO, FL - JANUARY 01: Patrick Surtain II #2 of the Alabama Crimson Tide breaks up a pass in the end zone against Donovan Peoples-Jones #9 of the Michigan Wolverines in the second quarter of the Vrbo Citrus Bowl at Camping World Stadium on January 1, 2020 in Orlando, Florida. (Photo by Joe Robbins/Getty Images)

The Las Vegas Raiders will battle it out in the AFC West this season, and here are three newcomers they should be worried about.

It has been a busy offseason for the Las Vegas Raiders and the entire AFC West, as the Silver and Black and the rest of the division looks to finally knock off the Kansas City Chiefs.