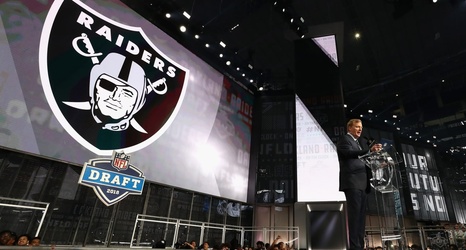 The draft process includes many prospects from glamorous powerhouse institutions, but it also contains potential stars from the lower ranks of college football. Here's one small school product that fits the Raiders' defensive needs.

Lenoir-Rhyne University isn't exactly an NFL pipeline that sends players into the draft every season. In fact, many people just began taking notice of the university this season when Kyle Dugger put it on the map as he sent shockwaves throughout the scouting community.

There are many versatile prospects but few of the caliber of Dugger. During his career at Lenoir-Rhyne, the coaching staff lined up Dugger all over the field.