Kurtenbach: For Derek Carr, Raiders vs. Titans should be win-or-find-a-new-home 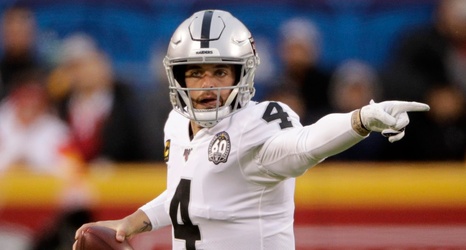 Raiders head coach Jon Gruden said in his postmortem press conference Monday that he was not going to “sit here and criticize my quarterback.”

So I guess I’ll do it for him.

Derek Carr has done plenty of admirable things in both his Raiders career and this past season, but with his team’s playoff hopes on life support following two embarrassing blowout losses, we’re back to where we were this past offseason and the offseason before that:

Carr is playing or his job — yes, once again — over the last four games of the 2019 campaign.