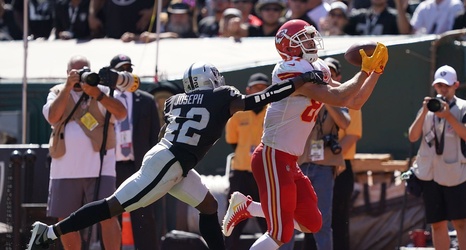 The Oakland Raiders started Week 2 against the Kansas City Chiefs right where the Week 1 victory left off. The Raiders quickly jumped to a 10-0 lead in the first quarter, capped with a Tyrell Williams touchdown.

The 2nd quarter was a completely different story, Chiefs quarterback, reigning NFL Most Valuable Player Patrick Mahomes scored 28 points, which coincidentally was the last time either team scored in the game. The Raiders offense had many opportunities, including a high flying run and dive by Derek Carr reminiscent of the 2016 season opener vs the New Orleans Saints that should have resulted in a first down but was marked short.