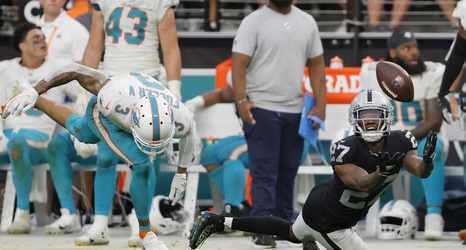 The Las Vegas Raiders shocked the NFL landscape by starting the season 3-0. The win over the Miami Dolphins keeps them tied for first place with a big matchup against the division-rival Los Angeles Chargers on Monday night.

Before the big game, let's recap the advanced stats from the win vs. the Dolphins.

Carr continues to be aggressive.

Since he averaged a YPA of 5.5 as a rookie, Derek Carr is considered a check-down artist. Fair or not, it has become the narrative around his playing style during his eight years in the league.