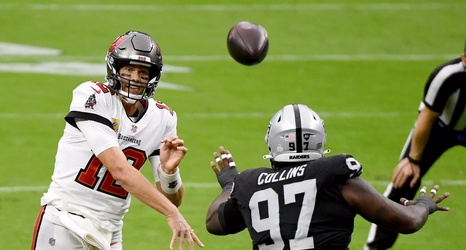 After yet another poor defensive effort, Las Vegas Raiders coach Jon Gruden said he and his coaching staff were in the “laboratory” since the early hours Monday, trying to figure a way to get the unit right.

Without getting into details, Gruden said the Raiders may tinker with the lineup and with schemes to try to spark an improvement. Gruden stated he doesn’t expect to make coaching changes or major player additions. He said the team has the “right stuff” and “enough talent” on defense. Yet, it is allowing 33.8 points a game and has just seven sacks in six games.