Jon Gruden: Raiders are going to be ‘more demanding’ of star tight end Darren Waller in 2021 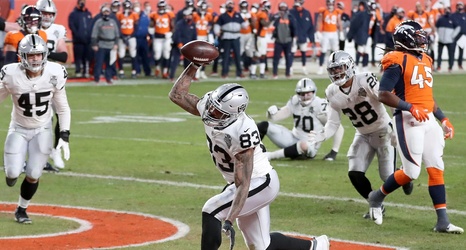 Darren Waller has caught 197 passes in the past two season combined, which is the second most by a tight end in the NFL.

He is easily the Las Vegas Raiders’ best player. What more can he do in the 2021 season? Apparently a lot more.

In one of the highlights of his press conference to start training camp on Tuesday (practice began this morning) Raiders coach Jon Gruden said Waller, who has proven to be an elite tight end in the past two seasons, will have even more put on his plate in terms of his role in the Las Vegas playbook.