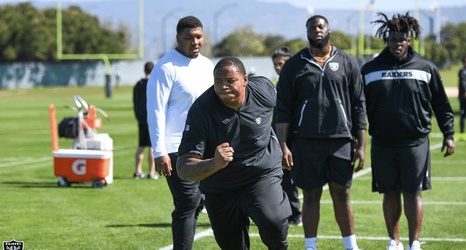 Nicholas Morrow’s story is one of triumph. Out of division three, Greenville University, an undrafted free agent, the Las Vegas Raiders linebacker faced an uphill battle making a roster.

Morrow made a name on special teams early on, sneaking onto the 2017 team. Since then, his development as a coverage linebacker has the Raiders brass excited for his future.

Morrow was the team’s best linebacker last season. According to PFF, he improved in coverage, decreasing his yards per reception from 10.1 in 2019 to 7.4 in 2020. His missed tackles percentage was the second-lowest on the defense, just trailing Jeff Heath.