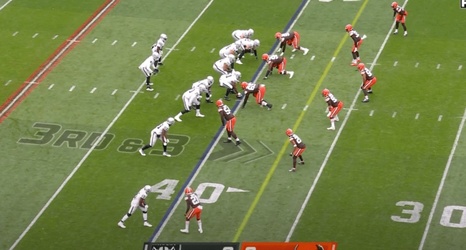 Josh Jacobs broke out for a season-high 128 rushing yards on 31 carries and helped pace a Raiders offense to a win over the Cleveland Browns, 16-6.

The Las Vegas Raiders improved to 4-3, while the Browns dropped to 5-3 overall.

Jacobs previous high for the season came in the Raiders opener against Carolina in which the young superstar running back rushed for 93 yards and 3 TDs. Although he was kept out of the end zone for the fifth time this season, he aided the team’s offense by eating up chunks of overall time possession.

The Raiders 37:43 total time of possession was over 15 minutes, or an entire quarter, more than the Browns could muster on a cold and blustery afternoon in Cleveland.